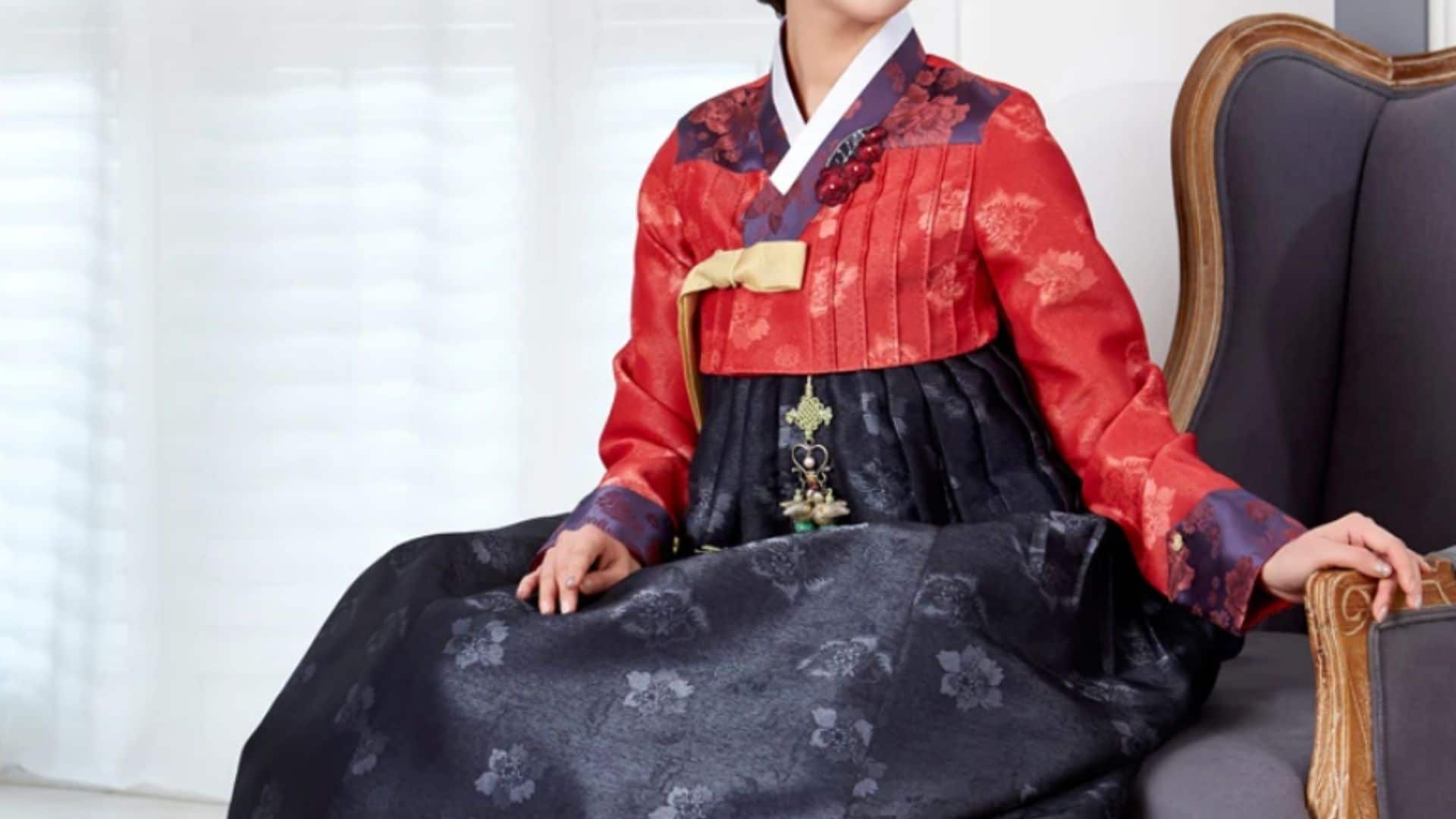 The hanbok is traditional Korean attire, once worn as daily wear, but now a representation of an earlier time and old Korean tradition.

For more than a thousand years, it was daily wear for the average Korean as well as the wealthy and the royal. As a cultural treasure, the hanbok represents the virtues and values of the Korean people while embracing natural beauty through creative expression of its embroidery, fabrics, and draping.

The Value of Hanbok

The overall aesthetic of the traditional hanbok reflects harmony and an appreciation of nature as based on the Confucian ideals and thinking once highly influential in Korea. One way this is demonstrated is through the use of nature-inspired patterns like flowers, animals or plants on fabrics used for hanbok. Another is by the use of colors used to dye fabrics for the hanbok. Traditional colors used in hanbok are red, white, blue, yellow, and black.

The Aesthetic Appeal of the Hanbok

A reliance on minimalist design through clean lines and simple yet elegant fabrics makes the hanbok stand out.

The traditional hanbok is unusual in that it’s completely flat until it’s worn, and then the hanbok comes alive with movement. Prominent people and royalty wore bright colors while commoners wore muted and earth tones; colors represent the yin and yang theory’s five elements.

Keeping to that philosophy, the design and crafting of a hanbok was always a very conscious process. There were no careless decisions, from the selection of the fabric to sewing and embroidery that personalized it. Every piece of the hanbok is vital to the beauty and function of the whole. Even the accessories, from hair adornments to shoes and hats, complement the hanbok in simplicity or ornateness, depending on the social status of the wearer.

The Art of the Hanbok

One of the most enduring reasons the hanbok is so culturally valued is because it showcases the skill and the artistry of the Korean people. Hanbok design choices reflected the wearer’s position in society and even within families. Well-to-do families’ hanboks in silk looked different than the cotton ones of those who farmed; single and married women’s hanboks differed, too, depending on marital status.

Fabrics were dyed only with natural sources of color; embroidery was painstakingly added to showcase symbolism, ritual and wishes for good fortune. These choices were never more clear as when hanbok were made for occasions like weddings. For example, brides wore red hanboks for good luck, and many had symbols like pomegranates embroidered onto them as a wish for children. Royalty wore hanboks made of yellow or gold silks with dragons embroidered onto them.

In the past, everyone wore hanbok. Today, they are mainly ceremonial wear and often rented as needed. Brides may have their own wedding hanbok for their wedding ceremony or reception, and children often have one to celebrate a first birthday, but wearing the hanbok fell out of daily fashion more than 100 years ago.

The hanbok, however, is making a resurgence as “modern hanbok” as a new generation of Koreans are rediscovering this cultural treasure.

The development of the modern hanbok represents a way to revive Korean culture’s prominence and reach. It also renews appreciation of the traditional hanbok and all its custom and ceremonial importance. The hanbok is a beautiful reflection of Korean history and philosophy that centers the values and cultural touchstones of the Korean people.

The hope of modern hanbok designers is that as modern hanbok grows in popularity both as haute couture and street fashion, many generations of future Koreans and Korean immigrants will remember the value of hanbok to Korean culture. Their efforts today are an investment into the treasure of hanbok for future generations.

An Overview of the Asian Martial Arts and Kung Fu

The Foreigner’s Guide to Traveling in Asia

Get the best travel tips, recipes, and articles on culture -- straight to inbox.